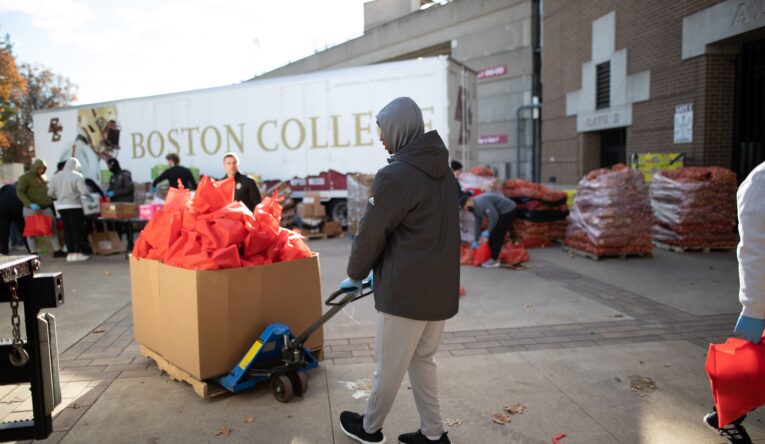 Cheerful music and conversation filled the air outside Boston College’s Alumni Stadium on November 14 as several of Boston College’s athletic teams packaged up 2,200 bags with fresh produce and loaded them onto two delivery trucks headed for Catholic Charities’ food pantries for distribution this Thanksgiving. 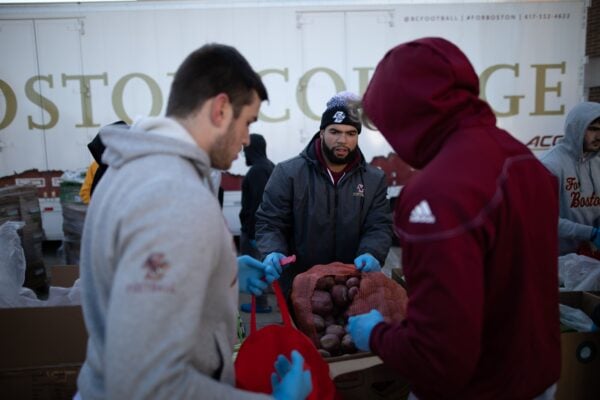 With food insecurity affecting nearly 1 in 3 people in Massachusetts, Catholic Charities’ food pantries have been seeing a significant increase in pantry use, with approximately 200 people visiting the Yawkey and Lynn food pantries daily. Even with weekly deliveries from the Greater Boston Food Bank, Beth Chambers, Vice President of Basic Needs at Catholic Charities, said by the end of each week, their shelves are nearly bare.

For the football team, and other B.C. athletic teams that participated, the bag packing event is an opportunity to gain perspective and deepen team bonds.

“Being able to connect with everybody and know that we are doing something with a bigger purpose is great,” said Jaiden Woodbey, captain and defensive back of the team.

His co-captain, Vinny DePalma, the team’s linebacker, continued: “It’s gratifying to take care of others and live out Boston College’s mission, which is to be men and women for others. It makes you feel a part of the community, and it makes you feel like you are helping people, which is the most important part.” 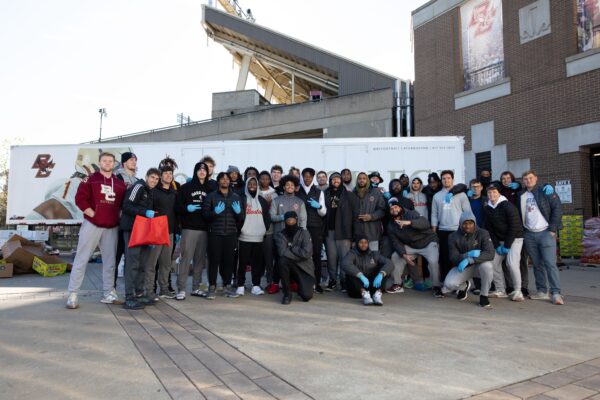