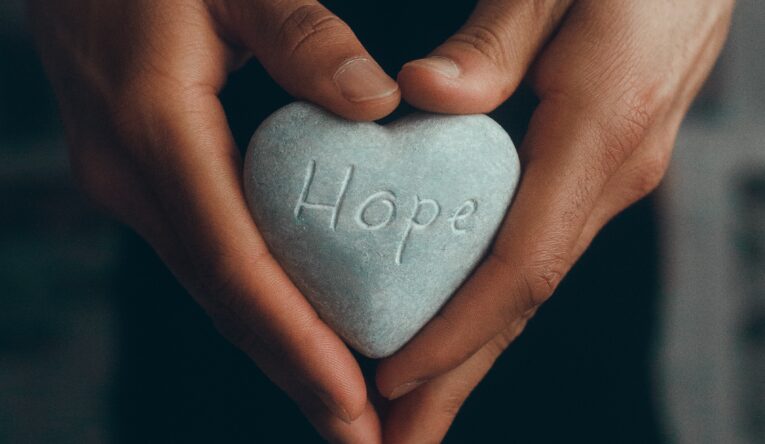 This is Part I of an ongoing series highlighting Catholic Charities Boston’s programs for those with a loved one affected by substance use disorder, in light of September being National Recovery Month.

“If you look over your shoulder and let yourself get pulled down into the depths of this thing, you will give up,” said Jeanne Cronin, who is 80 and lives in Cambridge. “I learned how to keep my gaze ahead, on a very narrow path. I learned that hope is a choice I must keep making, every day.”

Cronin said she had not experienced true hope until she met Sister Maryadele Robinson, Outreach Social Worker for Catholic Charities Boston’s Recovering Connections program, who runs a number of weekend-long retreats and programs addressing substance use disorder each year.

Sister Maryadele’s latest program, the Hope and Healing Retreat, took place in Centerville, MA and was open to any woman who has been touched by substance use disorder, whether personally or through a loved one.

Cronin and her youngest daughter, Sarah, now 50, attended the retreat for the second year in a row. The car ride down was filled with nervous chatter, punctuated by periods of thoughtful silence; despite the strain that Sarah’s substance use created, Cronin said she and her daughter are committed to restoring their relationship.

Cronin says the disease of addiction first presented itself in Sarah, who is now ten years sober, as frequent, if a bit excessive, drinking habits when she was in high school.

“I didn’t know what I was seeing at first,” she said. “You know, I thought it might just be teenage drinking, but then it just kept getting worse.”

Within the 15 years that followed, Sarah’s mounting alcohol dependance evolved into an all-consuming substance abuse disorder, which ultimately estranged her from her then-husband and three children.

As a mother, Cronin said it was heartbreaking to watch her daughter lose herself to the disease, and she did everything she could to help her, placing Sarah in multiple detox centers and treatment programs over the years.

“For over a decade, I would go to bed at night and think, ‘Tonight’s the night I’m going to get a call from the police.’ The fear was just numbing,” she said.

While Cronin remained close to her grandchildren, she says Sarah is still working on repairing her relationship with her children, who for many years felt they could not rely on their mother.

“There were times when my daughter was abusing drugs and alcohol that I barely recognized her,” said Cronin. “Her behavior was nothing I’d ever seen before, but I didn’t give up. I just couldn’t.”

Although Sarah is now ten years sober, employed, and happily remarried, both her and her mother still struggle with the past. For them, the Hope and Healing Retreat is an opportunity to connect with each other and with others who understand what they’ve been through; it is also an opportunity to demonstrate to others that recovery is possible and that relationships can be mended.

Cronin said both she and her daughter believe the most valuable aspect of the retreats is the renewal of hope which occurs over the course of the weekend.

“Sister Maryadele is quite literally the embodiment of hope during these retreats,” said Cronin. “We do the healing ourselves, but she brings the hope.”

For individuals affected by substance use disorder, who are seeking mental health services, Catholic Charities Boston’s Department of Basic Needs offers a range of counselling services, including the program, ‘Recovering Connections,’ for children and families of those with substance use disorders. To learn more, please click here: https://www.ccab.org/basic-needs/counseling-services/.